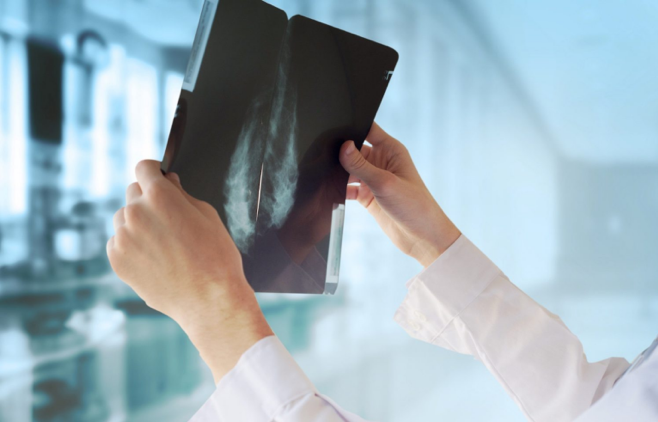 50 Patients in Cork, Waterford and Dublin to get access to drug not yet approved in Ireland for early stage breast cancer.

The Irish arm of a global cancer trial which will involve 4,600 patients in 500 hospitals around the world has been opened in Ireland by Cancer Trials Ireland and is looking for 50 Irish patients to take part.

The trial will investigate whether the new drug palbociclib will decrease the chance of cancer recurring in women and men with early stage HR positive /HER2 negative breast cancer when given in combination with the current standard anti-hormone therapy.

“No new drugs have been developed for early stage breast cancer for a number of years.

“In the last decade our research has focussed on different durations and combinations of available hormone therapy.

“Palbociclib was used in a trial1 among patients with advanced breast cancer, which is when cancer has spread from the original tumour, and the recently published results show that it reduced the rate of cancer growth by up to 42% when compared to standard hormone therapy alone.

“Given these impressive results for advanced breast cancer, we are tremendously excited about investigating its potential in early stage breast cancer.

“As this is the most common form of breast cancer and up to 30% of patients develop disease recurrence despite the standard adjuvant treatment, there may be many women and men in Ireland in the decades ahead who could potentially benefit from the findings of this trial.

“This trial could materially change how early stage breast cancer is treated in the future,” he said.

“There are a large number of participants in this trial from around the world and Ireland’s participation reflects the global and co-operative nature of the battle against cancer,” Dr Morris said.

“Having a well-developed cancer trials network means we can take part in these types of trials and we, in Cancer Trials Ireland, are delighted to be involved,” he said.

Dr Morris added: “While many patients with early stage breast cancer respond very well to standard anti-hormone therapy and are cured, there remains a risk of recurrence, particularly for those patients with involved lymph nodes. So we need to improve the effectiveness of current treatments for these patients and find ways to stop or delay recurrence of their cancer. Research has shown that HR positive /HER2 negative breast cancer is relatively insensitive to chemotherapy.

“Palbociclib has shown promising results in the treatment of metastatic HR positive /HER2 negative breast cancer. One of the most exciting aspects of this therapy is that side-effects, which include the risk of low white blood cell counts, seem to be manageable. We look forward to investigating its effectiveness for early stage breast cancer,” he said.

The primary treatment for patients with early stage breast cancer can involve a combination of surgery, chemotherapy, hormone therapy and/or radiotherapy.

Palbociclib is an approved treatment for HR positive /HER2 negative advanced or metastatic breast cancer when taken in combination with an aromatase inhibitor or with fulvestrant in women who have received prior endocrine therapy.

Palbociclib works by blocking the activity of two closely related enzymes (proteins that help chemical reactions occur in the body), called Cyclin Dependent Kinases 4 and 6 (CDK 4/6) which are among the primary promoters of breast cancer cell growth.

As patients with early stage breast cancer can remain on hormone therapy for up to 10 years, to prevent recurrence, the trial is planned to take 10 years to complete.

The trial is being led by the Austrian Breast & Colorectal Cancer Study Group (ABCSG) in participating countries outside of the US and in the US by Alliance Foundation Trials LLC (AFT). Cancer Trials Ireland is managing the Irish part of the trial.  It is being conducted in conjunction with the Breast International Group (BIG) as well as other collaborating Study Groups in Europe and the US.

Pfizer Inc., the pharmaceutical company that manufactures and markets the trial drug, is supporting this clinical research study by providing the study drug palbociclib and funding this study. Cancer Trials Ireland is supported by the Health Research Board and the Irish Cancer Society.

[1] Paloma-2 is an international cancer trial, in which Cancer Trials Ireland has had a lead role. Itconfirmed that palbociclib taken with the standard hormone therapy letrozole slows the progress of cancer among postmenopausal women with advanced (ER-positive, HER2-negative) breast cancer by up to 42% when compared to standard hormone therapy alone.