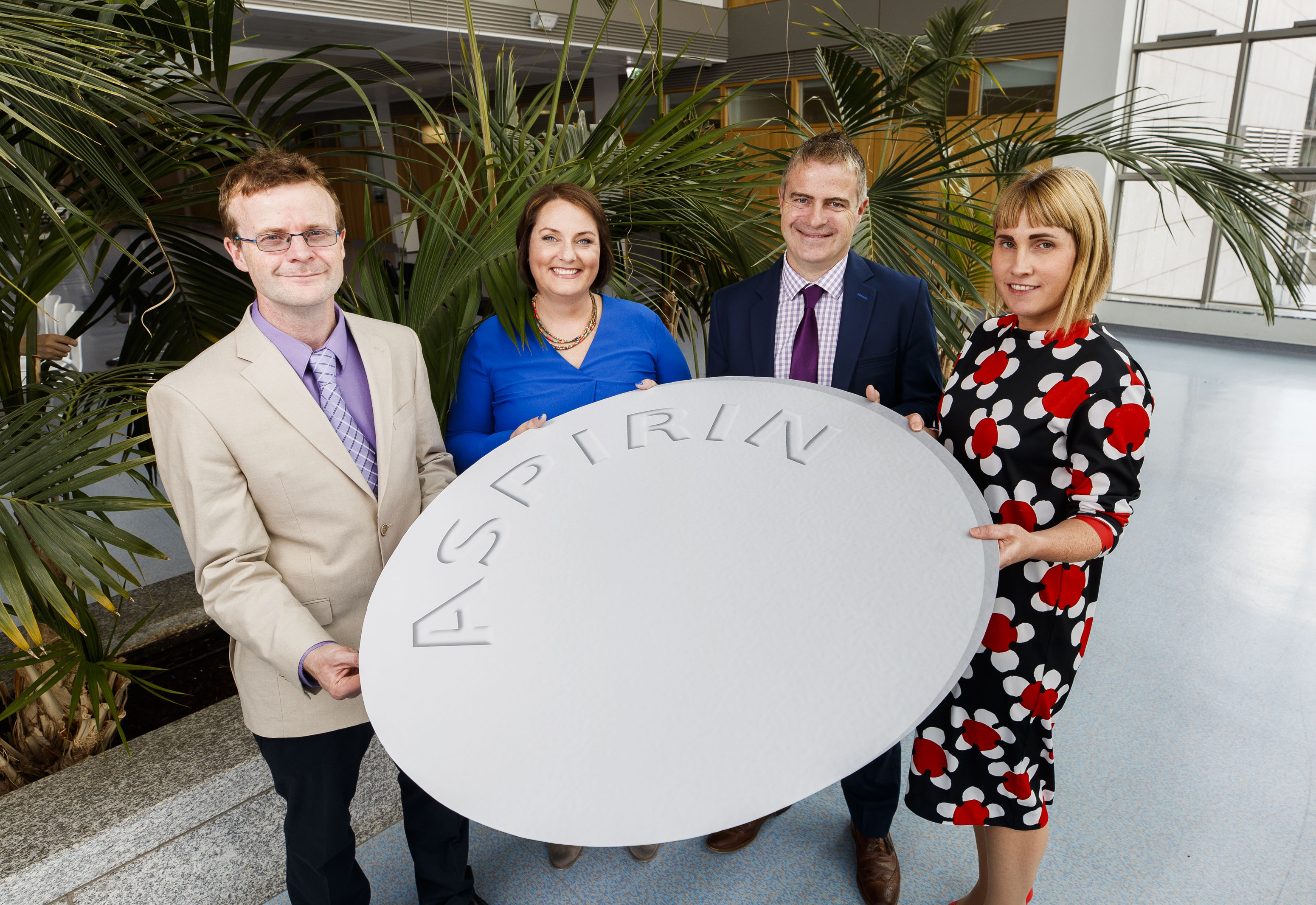 To coincide with Cancer Week (Mon, September 24 to Sun, September 30) we’ve opened in Ireland the first ever large-scale trial to investigate if aspirin can prevent early stage cancer coming back after treatment. We’re also running our Just Ask Your Doctor! radio advertising campaign regionally and nationally thanks to our Just Ask! partners; Pfizer, Novartis, Abbvie, Roche and MSD.

‘Add Aspirin’ trial opens in Ireland to find out if aspirin can help prevent cancer returning after treatment.

(23rd Sept, 2018) The first ever large-scale trial to investigate if aspirin, the inexpensive common drug, can prevent early stage cancer coming back after treatment has opened in Ireland.

300 volunteers in Ireland who have had, or have started, treatment for early stage cancer (cancer which has not spread) of the breast, stomach, oesophagus (food pipe), colon, rectum or prostate will join the trial.

The Irish trial is part of an international trial which involves collaboration among experts from Ireland, UK and India. It will have 11,000 participants from all three countries.

In Ireland the trial is co-ordinated by Cancer Trials Ireland and supported by funding from the Health Research Board and the Irish Cancer Society. Bayer is providing the aspirin that will be used during the trial.

The trial is called Add-Aspirin and will investigate whether taking aspirin daily for 5 years after receiving standard therapy, including surgery, chemotherapy and/or radiotherapy, can prevent a patient’s cancer returning and ultimately prolong their life.

Aspirin is often used to prevent and treat heart attacks and strokes, and also as a painkiller.

As these studies were not specifically designed to investigate the impact, if any, of aspirin on cancer, there is insufficient scientific evidence to support its use to prevent the spread of cancer. It is necessary therefore that data on its efficacy in relation to cancer is compiled and analysed in the context of a large clinical trial.

The Add-Aspirin trial aims to achieve this and will look at both the benefits and the side-effects of taking aspirin in a large group of people who have had early stage cancer.

University College London (UCL), in England, is the overall sponsor of the trial and the Tata Memorial Centre (TMC) in Mumbai, India, are co-sponsors of the trial and sponsor the Indian component. Funding is provided by Cancer Research UK (C471 /A15015), the National Institute for Health Research Health Technology Assessment Programme (12/01/38), the MRC Clinical Trials Unit at UCL and the Sir Dorabji Tata Trust.

Dr Leonard said that while aspirin has been in use for over 100 years for pain relief, and more recently to prevent heart attacks and strokes, there has been a growing body of evidence during the past decade of its potential as an anti-cancer agent.

“This is the first trial ever to investigate if aspirin could stop or prevent the return of cancer among such a significantly large group of patients with early stage cancer.

“At a time when we are used to new cancer treatments being relatively costly, the possibility of repurposing an inexpensive, generic drug that is available worldwide to stop or slow cancer is potentially ground breaking,” he said.

“The results of this trial could have a huge impact on the global cancer burden, particularly given the increasing cancer incidence in lower resource countries” he said.

The Add-Aspirin trial is a phase III, double-blind, placebo-controlled (Note 1), randomised trial (Note 2). The trial will have three groups. Two groups will receive a different dose of aspirin. This is because it is not yet know how much aspirin may be needed to have an effect, if any, against cancer. The third group will receive a placebo. This is to avoid the potential for bias.

Participants for each group will be selected at random by a computer. Neither the participant nor the research team will know who receives aspirin and who does not.

If you are an individual who is interested in taking part in the Add-Aspirin trial, please talk to your oncologist, who will be able to consider whether you are suitable for the trial.