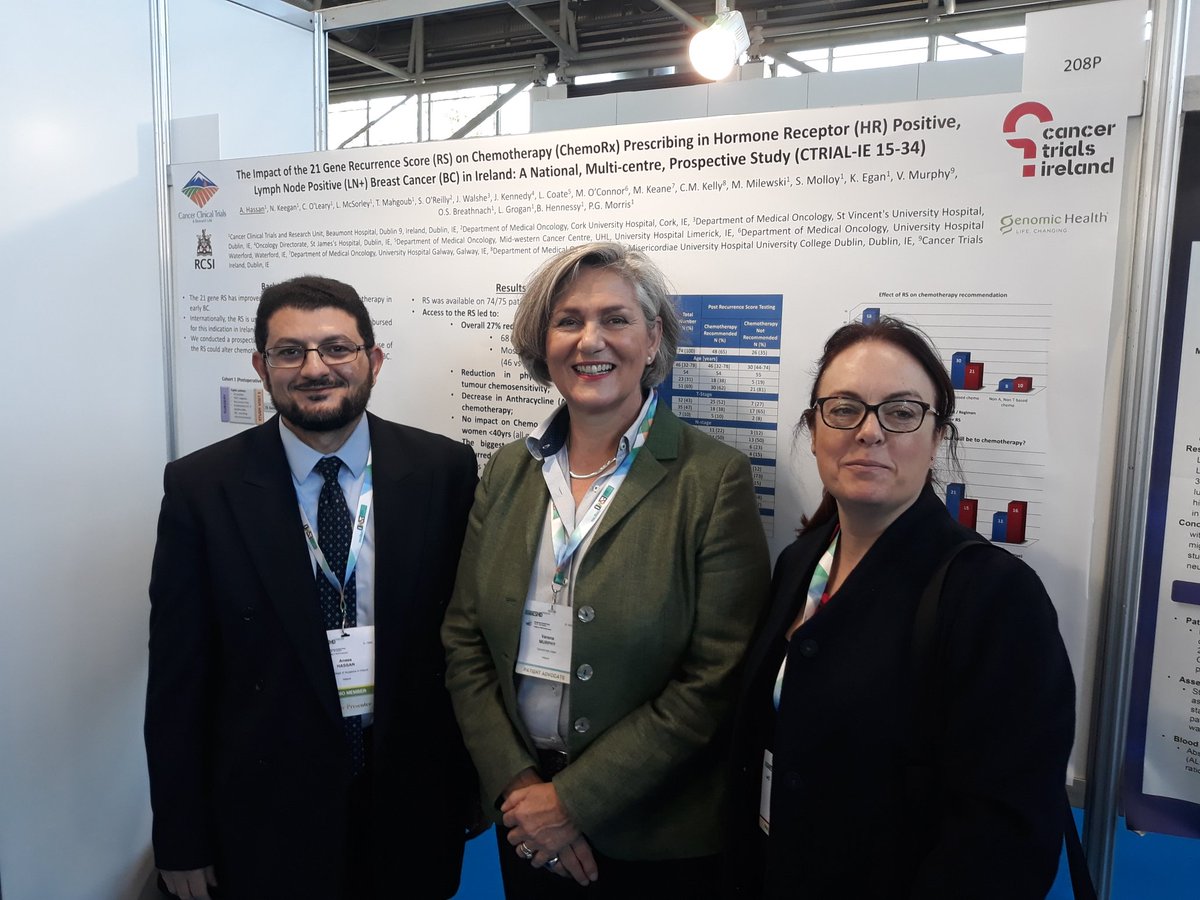 An Irish cancer study has found that participating oncologists recommended that 1 in 4 women whose early-stage breast cancer had spread to their lymph nodes did not need chemotherapy.

The recommendation was based on the results of a genomic test which indicated which women were at low risk of their tumour relapsing and had tumours, which were relatively resistant to chemotherapy.

The results of the study, sponsored by Cancer Trials Ireland, were presented today (22nd October 2018) at the Annual Congress of the European Society for Medical Oncology (ESMO) in Munich, Germany.

ESMO is the leading European professional organisation for medical oncologists and the Annual Congress attracts more than 20,000 participants from around the world.

Dr Morris said “This study adds important information about how this test can help oncologists advise on the benefits of chemotherapy. Our results show that a quarter of patients with node positive early stage breast cancer avoided chemotherapy after Oncotype testing. This study will hopefully lead to greater individualised care in Ireland in the future. Our ongoing research is examining whether this test can be used in patients before breast cancer surgery”.

It used the 21 Gene Recurrence Score gene test (OncotypeDx®) to examine the tumour genes of participating patients to estimate the risk of a tumour relapsing and possible chemotherapy benefits.

From the 74 patients included in the analysis, the study found that in 64% of cases, oncologists thought the tests result substantially changed chemotherapy recommendations. In particular, the test led to a 27% reduction in the recommendation for chemotherapy from 68 (92%) to 48 (65%) patients.